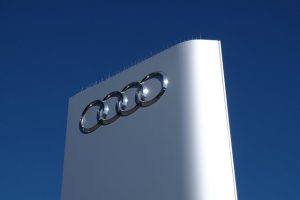 A picture is worth a thousand words, and a logo might be worth even more. But sometimes, those words aren’t working in your favor, and they’re saying all the wrong things. Since a logo is the primary graphic of your company, it is going to be seen the most. There are only two outcomes of a logo for a company: 1. it enhances the company or 2. it hurts the company. A neutral logo isn’t an option, because if it’s not working for your company, then it’s working against it.
In general, most small businesses can’t invest in hiring a designer to develop and create a branding strategy and visual identity. So they are left to their own devices, and procure a logo through lower-quality means. This could be either them designing it themselves, using an online logo-generator, or outsourcing to an under-qualified designer at a very low price.

What Can Lead To An Ineffective Logo?

If you’ve utilized one of these options, chances are you have a logo that isn’t working well for your company. Let’s quickly go over why these directions lead to a logo that can hurt a company.

Only a small part of designing is knowing the software. When you hire an experienced designer, they bring marketing and branding knowledge to the table. They also know what makes a logo effective. You will receive someone who has spent years honing in on the skill of creating a logo that both looks good and functions properly. A DIY logo rarely hits both the marks. And if it falls short, then it hurts your company.

Online generators take generic images and spits them out for a few bucks. But It’s important to understand that an effective logo is not an arbitrary image simply slapped onto a company. If a logo is worth a thousand words, it needs to be designed in a way to say the right things. Using a random generator will not produce a logo that is custom made for your company, its audience, brand position, or goals. It will not strengthen your company, and you’ll miss out on all that a good logo can bring.

If you’re outsourcing to a designer, you’re a step in the right direction. But like any trade, there are varying degrees of quality. Most small business owners shy away from investing larger amounts of money into a logo design. This leaves them browsing sites like Fiverr and Upwork. Bidding sites like those result in low-quality designers undercutting each other to win jobs, and they end up doing work for mere dollars. Now, you might strike gold on these sites and receive some good designs. But from most people who use bidding sites, you’ll probably find yourself dissatisfied with the quality of the designs or the communication during the project. The reason excellent designers stay away from sites like those are because they know the value they bring to companies, and they know that their ideal clients aren’t the ones posting jobs on Fiverr. If I bring $10,000 worth of value to a company by designing their identity, then I’m not going to waste my time on a site where people don’t want to pay more than $10.

When starting out a company, bidding sites aren’t the worst, because you might not be able to pour a couple thousand into your logo and identity. Starting a company is a gamble, so you want to lower your financial risk. Utilizing Fiverr isn’t a bad option. But if your company has reached a point where it’s growing, and you want to keep it growing, then rebranding is a requirement. You’ll want to move beyond Fiverr and upgrade to a designer that brings strategy and experience and can provide a logo that strengthens your company, instead of hurting it.

How To Assess Your Logo

So we’ve covered how many small businesses end up having a logo that hurts them. But how do YOU determine the effectiveness of your logo? Here’s three things that can indicated you have a logo that isn’t working for you.

I’m not saying that all logos require a smiley face and a puppy. In this context, positive means constructive. Positive feelings can mean professional, equipped, friendly, inclusive, qualified, dignified, etc. Every company has different positives that they want attached to their brand. Another phrase for positive feelings is “brand position.” If you’ve ever researched marketing, this phrase will have popped up. It’s essential to determine a brand position when you are developing a brand strategy. In summary, a brand position is what you bring to the table. Is it convenience? Is it superiority? What intangible attribute of your company makes you worthy of your consumers resources?

Let’s say you have a coffee shop. Your positives might be: inviting, safe, tasty, casual, or calm. If your logo doesn’t evoke those feelings, then it’s not strengthening your company. A clothing line could want the positives of luxury and confidence. But if its logo isn’t pulling its weight, then it could be saying the wrong things.

Let’s look at an example.
Say there’s a clothing line called Riley’s. They want to position themselves as the new Ralph Lauren or Calvin Klein. Their positives are luxury and confidence.

And this is their logo:

It’s safe to say that their logo is falling short of their position. No one would mistake this for the likes of Ralph Lauren. If anything, it says mom and pop consignment store. This logo is saying all the wrong things, and is hurting Riley’s. They will have to work much, much harder to get high-paying consumers into their store.

But what if this was their logo?

It looks more luxurious and more befitting of a high-end clothing line. The bold font and strong icon evokes confidence. This is a logo that aligns with a brand position and works FOR the company, rather than against it. It doesn’t function well as a logo.


Previously, I had mentioned that designing a logo in Photoshop is a big red flag that you shouldn’t be DIY-ing your logo. This has to do with the functionality of a logo. A properly designed and created logo is scalable. As the primary graphic for a company, a logo goes on almost everything, from business cards to billboards to monogrammed polos. It needs to work on a small and large scale.

Any graphic that needs to be scalable is created in Adobe Illustrator. This is because Illustrator is vector-based, meaning it uses mathematical equations to create images. Instead of remembering the location of each pixel, like Photoshop does, it remembers equations. It uses these equations to maintain the quality of an image at any size. So for logos, whether it is 3 inches or 300 feet, it will remain clear and crisp and won’t lose any quality.

That covers the software part of functionality. But on the design side, scalability is one of the most important factors of a logo. Since it will be in a variety of locations at a variety of sizes, it needs to remain readable. Let’s go back to Riley’s.

You can see at a small size, the roses become blobs and the font is too close together to read well. For some companies, a logo most often is used at a large scale, so you’d be more concerned how it reads when it’s big. But for a clothing line, the logo will mostly be used on tags and embroidery. It has to work at a small scale. So this logo works against the company when it comes to function.

With this logo, its legibility remains at a small scale because the letters are all caps and there’s large spacing between all the letters. It will be easy to embroider and will still look nice on tags. It also has a nice icon in the red star, which could be used as a monogram.

If your logo doesn’t function where it needs to, then it’s hurting your company. You don’t want people struggling to read your business cards, or for your logo to be pixelated when it’s put on a company car. Logos are the trickiest design, because so much is required of them. But they also bring the most value to a company, so it’s important to get it right. If your logo doesn’t do its job well, it harms your company and becomes a hurdle to get over. As a small business, you’ll encounter enough hurdles, so don’t let your logo be one!

Madison Carr is a devout believer in the power of effective designs. As a graphic designer and consultant, she works closely with clients to deliver creative solutions that elevate their business. She offers brand development and design, as well as print and web design. Her work and services can be seen at Creative Chameleon Studio. 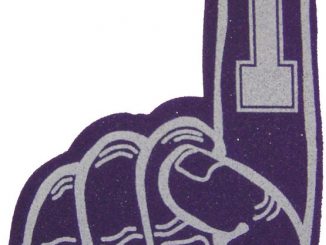 4 Ways to Make Your Customers Your Number One Brand Representatives 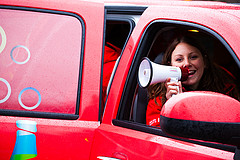 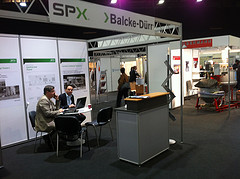 Retail Signage: How To Turn People Into Customers 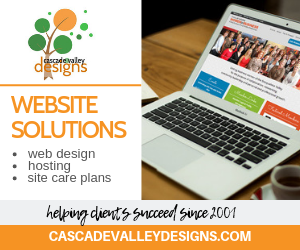